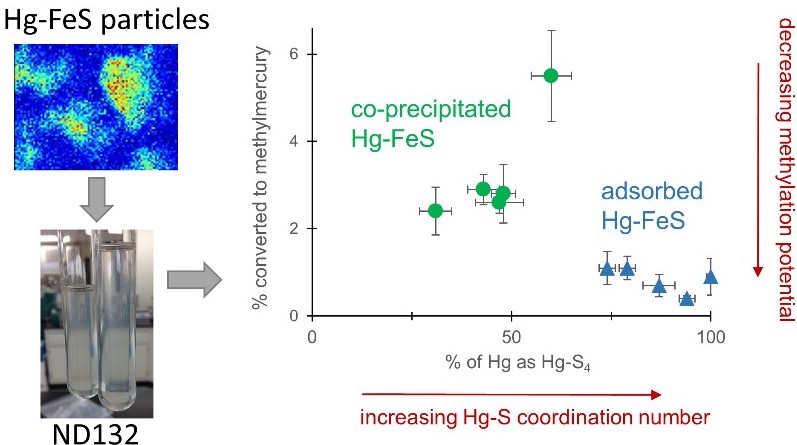 His study compared Hg that is coprecipiated with FeS and Hg that is sorbed to FeS, and the differences with respect to local Hg-sulfur coordation state, reactivity towards dissolution, and methylation potential by microorganisms. Hg sorbed to FeS was unexpectedly less bioavailable for methylation than Hg coprecipitated with FeS. However, Nelson observed a trend of decreasing Hg methylation with increased Hg-sulfur coordination state, a trend that is similar to our previous observations with freshly formed HgS particles!

Now, we just need an X-ray absorption spectroscopy method that is sensitive enough to measure mercury-sulfur coordination at parts-per-trillion levels. Then we could have a useful way to quantify Hg bioavailability in the real environment...